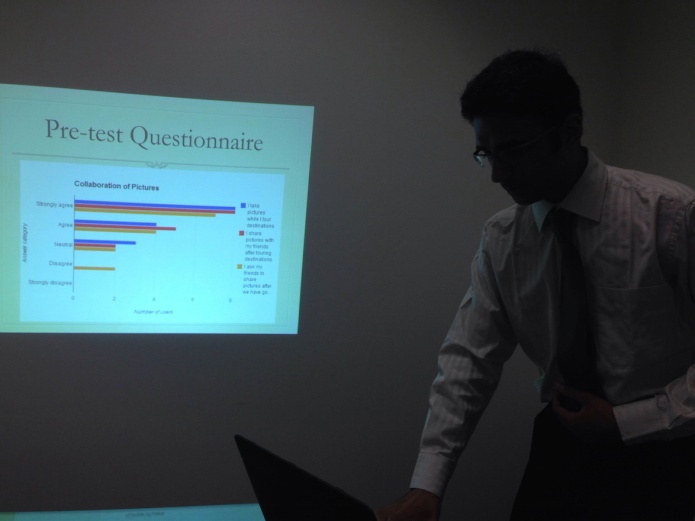 Abstract:
Collaborative photo sharing while visiting designations can be problematic for the visitors. Sometimes the best photo is on another person’s device. This MS IST/HCI capstone developed, designed and evaluated a mobile application prototype to explore location-based photo sharing for souvenir generation at heritage designations. Using user centered design methods, the application and its content catered to visitors on the Rochester Institute of Technology’s campus. Application modules were developed to easily sync group photo collections together while friends were on a tour together. After the tour was complete, digital photo souvenirs were created to represent the group visit. Evaluations concluded that although automatic photo sharing was very positive utilitarian approach to group photo-sharing, the aesthetics of the souvenir prototype needed more iteration to represent the destination rather the group’s activities alone.

Blended Interactions is a user experience design studio between Interaction Design Program at SUNY Farmingdale State College and the Centre for Interaction Design at Edinburgh Napier University. We are dedicated to the applied research and development of mixed reality and blended theory.